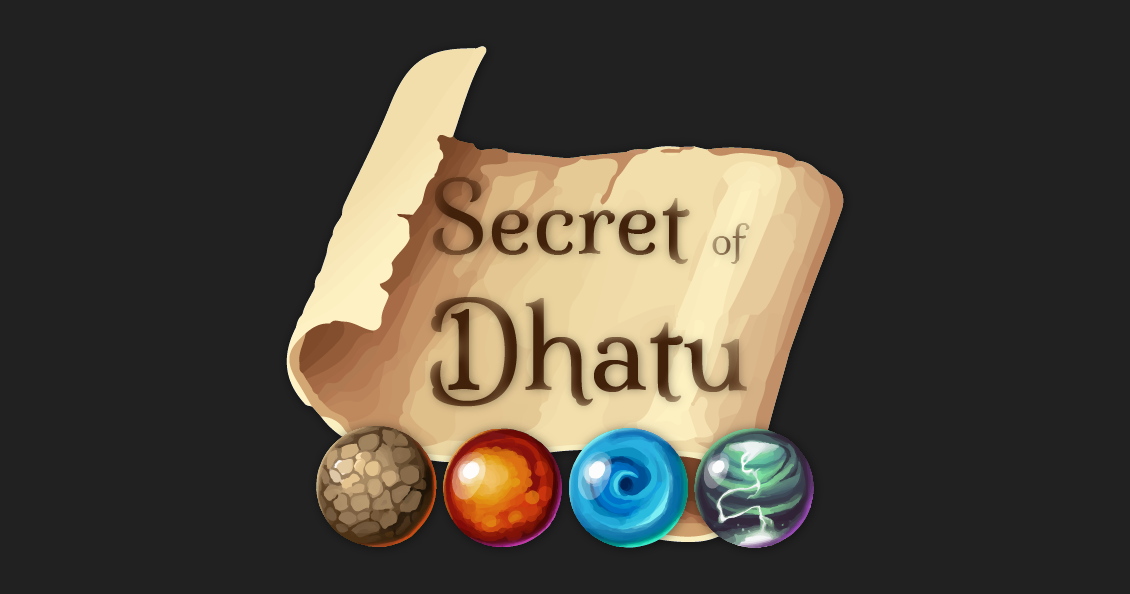 What is Secret of Dhatu?

An overview of Opalnote Studio's newest MMORPG, Secret of Dhatu.

Lately, we've been getting a great deal of inquiries regarding the nature of Secret of Dhatu. In this article, we're going to discuss some of the common questions and points of interest shared by members of our community. We'll be formatting the content of this article based on what we won't use and what the unused element will be replaced with.

Typically, the first question we get about Secret of Dhatu is whether or not the game will be level based. When we say no, we're usually met with elation - and for good reason. The leveling system is lazy, boring and overused.

The idea that you are 1 XP short of 2 million and, due to that deficiency, you are barred from entering a zone, is not a natural concept. It does not parallel reality. Rather, in our day to day lives, our proficiency in a skill is often the determining factor of getting passed promotional barriers. Further, not having that proficiency does not bar you from attempting to obtain what you seek.

This is exactly what we aim to capture in Secret of Dhatu. This also opens up the conversation for our next topic.

In our opinion, classes are one of the most restrictive elements of the average MMORPG. The player is essentially given the choice between a few pre-designed builds and play-experiences which may not be tailored to their ideal play conditions. We believe the player should be able to choose the way they want to play the game.

Instead of classes, Secret of Dhatu will feature a skill system. Players can choose the skills they feel will provide the most enjoyable play-experience for them. So let's say you enjoy using a bow to attack your targets from a distance, but also prefer to have a pet fight by your side. In Secret of Dhatu, all you would need to do is equip a bow and go out and make a taming attempt. Firing the bow at a target will passively improve your skill in Archery. Further, your taming attempts will improve your skill in Animal Taming.

From battle mages, to sneaky assassins, to thieving scoundrels - the game-play possibilities are numerous. Simply play the game the way you want to play it and you'll advance accordingly.

Talent trees come with a few inherent problems. They are unnecessarily complex and they promote cookie-cutter builds in which players simply read an online guide and allocate their points accordingly. They are often level-gated, and because the typical models do not provide an avenue for full talent-tree point allocation, talent options tend to be made available before the sufficient amount of points are distributed. This leads to the player wanting to allocate points into higher tier talents before they have the chance to fill out ranked talents in a lower tier.

Secret of Dhatu will, instead, feature an elemental (dhatu) system. Rather than an array of talent trees, players will be able to advance within four elemental masteries; namely, Earth, Wind, Water and Fire. The system is not yet fully hashed out, but it will be based on collectible abilities and will be influenced by the player's favored play-style.

This combat system is quite common in MMORPGs today. Essentially, you target something and toggle attack mode. Your character will then automatically begin attacking the target. Like the leveling system, we feel this is a lazy approach to combat. Instead, we will be using a model known as action combat.

Action combat requires player-guided ability targeting. If you want to slash an opponent with your sword, you'll need to aim the sword swing at your target. This means you can swing your sword through the air if you please, but only swings which land a blow against an entity will actually register damage.

This system will be extended to more than melee abilities. Spells, bows, and even your pets will have to realistically hit your intended target(s). If you want to hit your target with a firebolt, you'll need to make sure the flaming projectile actually makes it to your opponent.

Secret of Dhatu will include many of the traditional features you've come to know and love as well. These include quests, crafting, achievements, dungeons and raids, guilds, player housing and more. While we can't reasonably discuss all our plans in a single article, we can say that Secret of Dhatu will be a full-featured MMO, complete with all the bells and whistles that are necessary to promote epic and memorable game play.

Secret of Dhatu - Our Free to Play Model
Next